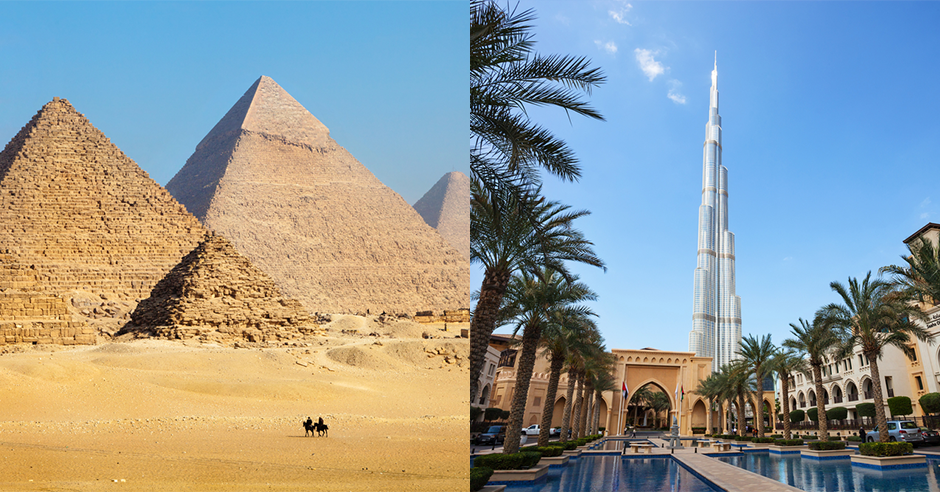 The history of concrete spans more than a few decades. Concrete has played a crucial role in architecture for thousands of years. Today, the building material’s function has expanded and isn’t used just for building — it plays a decorative role as well.

How did concrete become one of the most commonly used building materials worldwide?

The recipe for concrete includes an aggregate, such as sand or gravel, mixed with water and cement. The Egyptians used an early version of this to build the pyramids. They mixed mud with straw to form bricks, and mixed mortar from gypsum and lime.

Concrete was further perfected during the time of the Roman Empire. One of Rome’s most popular tourist attractions today, and the largest amphitheater ever built, the Coliseum, was constructed out of concrete.

Studies have shown that the Romans used volcanic rock and lime in their mix, along with animal products like blood and milk. Given that many Roman structures are still standing today, you can see that their materials and construction techniques have stood the test of time.

The Creation of Portland Cement

After the fall of the Roman Empire, the art of building with concrete was lost for hundreds of years. It wasn’t until 1824, when Joseph Aspdin of Leeds, England, invented Portland cement, that concrete reclaimed the limelight. Aspdin patented his creation, which came about when he ground up limestone and clay into a chalk and burned off the carbon dioxide in a kiln.

Portland cement got its name from a quarry in England known for its high-quality building stones. It was mainly used to build industrial buildings in the 19th century, but gradually builders began using it for residences, and they added steel bars to reinforce its strength.

While most skyscrapers are made of steel, or a composite of steel and concrete, some high-rises are made entirely of concrete. The Trump International Hotel and Tower in Chicago is built entirely of the material alone. It was completed in 2009 and has 98 floors, reaching a height of 423 meters.

Concrete has enabled mankind to reach new architectural heights, as evidenced by the world’s tallest manmade structure, the Dubai skyscraper Burj Khalifa, which was built with reinforced concrete. It is 829.8 meters tall — 2,722 feet. The building has 160 stories and can hold 35,000 people.

How Else is It Used?

Today, the floors in your home might be made out of concrete, polished to a perfect shine. You might even have them stained a color of your choice, or engraved with a piece of art that adds character to your home. Your countertops could be made of concrete, as well as your backyard fire pit.

The team at Lift-Up Concrete appreciates the long, storied history of concrete. Let us help you restore your concrete slab or structure today with modern techniques that are efficient and affordable.